“AIN’T TOO PROUD – THE LIFE AND TIMES OF THE TEMPTATIONS”

New York, NY (March 15, 2019) – Ain’t Too Proud – The Life and Times of The Temptations will make its national late-night television debut on NBC’s “The Tonight Show Starring Jimmy Fallon,” on Thursday, March 21st.   This televised performance will tape mere moments before the new Broadway musical’s Opening Night performance is scheduled to begin.

The appearance will include the Classic Five Temptations – Derrick Baskin, James Harkness, Jawan M. Jackson, Jeremy Pope, and Ephraim Sykes – as well as the complete 18-piece Ain’t Too Proud band, performing the numbers “Get Ready” and “Ain’t Too Proud To Beg.” The Temptations have appeared on “The Tonight Show” many times over the years, starting in 1967 and throughout the following three decades. 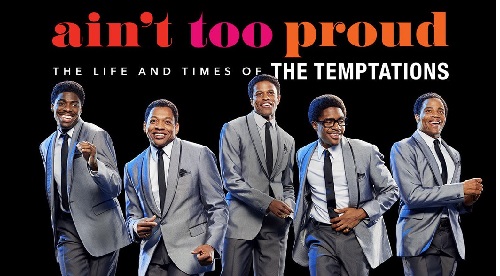 Ain’t Too Proud is the electrifying new musical that follows The Temptations’ extraordinary journey from the streets of Detroit to the Rock & Roll Hall of Fame. With their signature dance moves and unmistakable harmonies, they rose to the top of the charts creating an amazing 42 Top Ten Hits with 14 reaching number one. The rest is history — how they met, the groundbreaking heights they hit and how personal and political conflicts threatened to tear the group apart as the United States fell into civil unrest. This thrilling story of brotherhood, family, loyalty and betrayal is set to the beat of the group’s treasured hits, including “My Girl,” “Just My Imagination,” “Get Ready,” “Papa Was a Rolling Stone” and so many more. 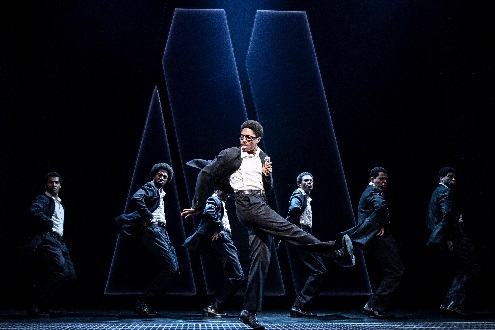 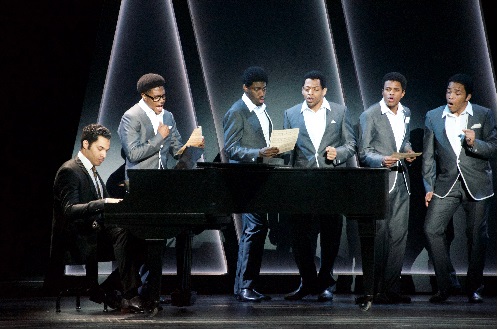