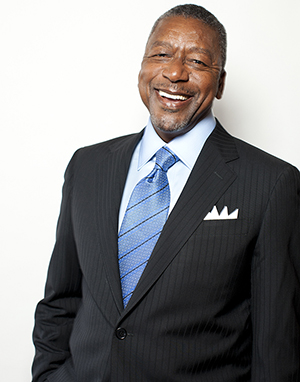 The partnership builds on each companys long track-record of successfully developing high-quality content for targeted audiences and capitalizing on new technology and changing viewing habits to make that content available to consumers.

As part of the agreement, AMC Networks has invested $65 million in the form of loans to RLJ Entertainment to refinance the companys existing senior credit facility, add working capital, reduce the cost of capital through lower interest rates, and provide revised covenants that will allow for increased operational flexibility. In addition, AMC Networks has received warrants which, if exercised, would provide AMC Networks with at least 50.1% of the outstanding RLJ Entertainment common stock on a fully diluted basis.

AMC Networks support and investment will accelerate the distribution and development of diverse content and independent films from RLJ Entertainment across multiple platforms, including its direct-to-consumer streaming video-on-demand channels: Acorn TV is the premier SVOD destination for world-class British television, with more than 370,000 paying monthly subscribers (which has grown by 92 percent since December 31, 2015) and a deep library that includes thousands of hours of programming, including exclusive, award-winning content.

UMC is quickly becoming a leading destination for African American and urban viewers, with a rapidly growing fan base seeking diversity of creative voices.

By aligning Acorn TV and UMC with AMC Networks and its channels and film business  most notably BBC AMERICA, WE tv and IFC Films, which serve similar audiences — Acorn TV and UMC will have the potential to cross-promote, develop and distribute content ultimately reaching even more viewers of high-quality British television dramas, urban content, and independent film.

Commenting on the new partnership and investment by AMC Networks, Mr. Johnson stated, I am both delighted and excited that RLJ Entertainment is joining with the AMC Networks family to help capitalize on the opportunities that exist to provide consumers with more diverse content across multiple platforms. RLJ Entertainment has a leading position, through Acorn TV with British television programming, and through UMC with quality urban-focused content, and independent films that we will be able to further develop and grow with the capital and support of AMC Networks.

Johnson continued: Josh Sapan, who I am proud to call a friend and whom Ive known for more than 20 years, is a visionary CEO and an absolute advocate for producing and delivering to audiences of all interests the best in quality and award-winning entertainment. As founder of RLJ Entertainment, I look forward to the future of this new chapter in our business and entering into a relationship with one of the most dynamic and creative content companies in the entertainment industry.

We have deep respect for Bob Johnson and the many businesses hes built, from BET to Acorn TV and UMC, said Josh Sapan, President and CEO of AMC Networks. Bob is a talented entrepreneur with a real understanding of the power of strong brands and a proven ability to identify and provide premium content to a wide range of audiences by tapping into the demand for content that uniquely fits their specific consumer interests. Much like the early days of cable, and AMC Networks own history of providing quality programming to targeted audiences, RLJ Entertainments Acorn TV and UMC appeal to consumers with quality programming that represents diverse voices. Our investment is a strategic opportunity to provide capital and additional resources to RLJ Entertainment as they continue to explore their many opportunities for growth, and while we consider the many potentially powerful synergies with our innovative partners at the BBC, and our own WE tv network.

Through Acorn Media Enterprises, its UK development arm, RLJE owns all rights to the hit UK mystery series Foyles War and is developing new programs. RLJE owns 64% of Agatha Christie Limited, which manages the intellectual property and publishing rights to some of the greatest works of mystery fiction, including stories of the iconic sleuths Miss Marple and Poirot.