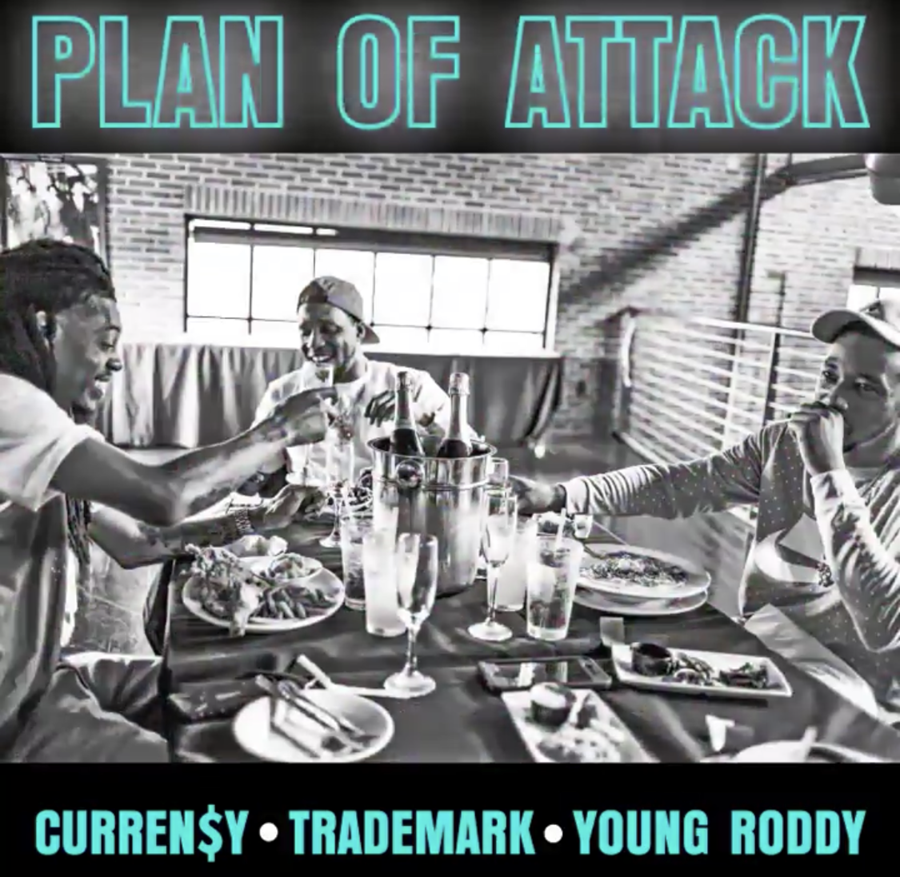 NEW YORK, NY – Curren$y reconnects with Jet Life crew members Trademark Da Skydiver, and Young Roddy to take over the rap game on the new 206derek-produced single, “Plan of Attack.” (Click here to listen).  With co-production by B-Eazy the DJ and SethFromAbove, “Plan of Attack” has been years in the making and marks the first collaboration from all three core members of the Jets in close to five years. Fans of the crew have been quite vocal on social media about wanting to see these three reunite, and now the three New Orleans legends are giving their audience exactly what they’ve demanded.

Hip-Hop lovers and critics alike agree that Curren$y’s Jet Life crew consists of the most beloved paper plane pilots in the game, with Pitchfork saying, “Rap is predicated on the idea of who you want to get high with and right now, the Jets run that lane.”  The crew continues to solidify its legacy on “Plan of Attack” and it’s just a sample of what’s in store for Curren$y, Trademark and Roddy in 2019. The trio is set to deliver  a collaborative project, which has been fully recorded and will be released via Babygrande Records later this year.

“Wiz Khalifa introduced me to all these guys around the time we released ‘Deal or No Deal’,” says Babygrande Records CEO Chuck Wilson. “All these guys came in the game together and their chemistry is undeniable. It’s great to see them back in the studio making music together. Their friendship has evolved as they have evolved as men…they are all fathers now…they all very secure about who they are. I’m a big fan and we are honored to release the project on Babygrande.”

Listen to “Plan of Attack” https://soundcloud.com/babygrande/currensy-trademark-roddy-plan-of-attack/

Established in 2001, Babygrande Records is one of the premier independent labels operating today. After 18 years, Babygrande has still maintained its unique perspective within the industry, prospering during the most volatile period in the history of recorded music and beyond. The label has been influential in launching the careers of new artists while at the same time working to nurture the careers of seasoned veterans.