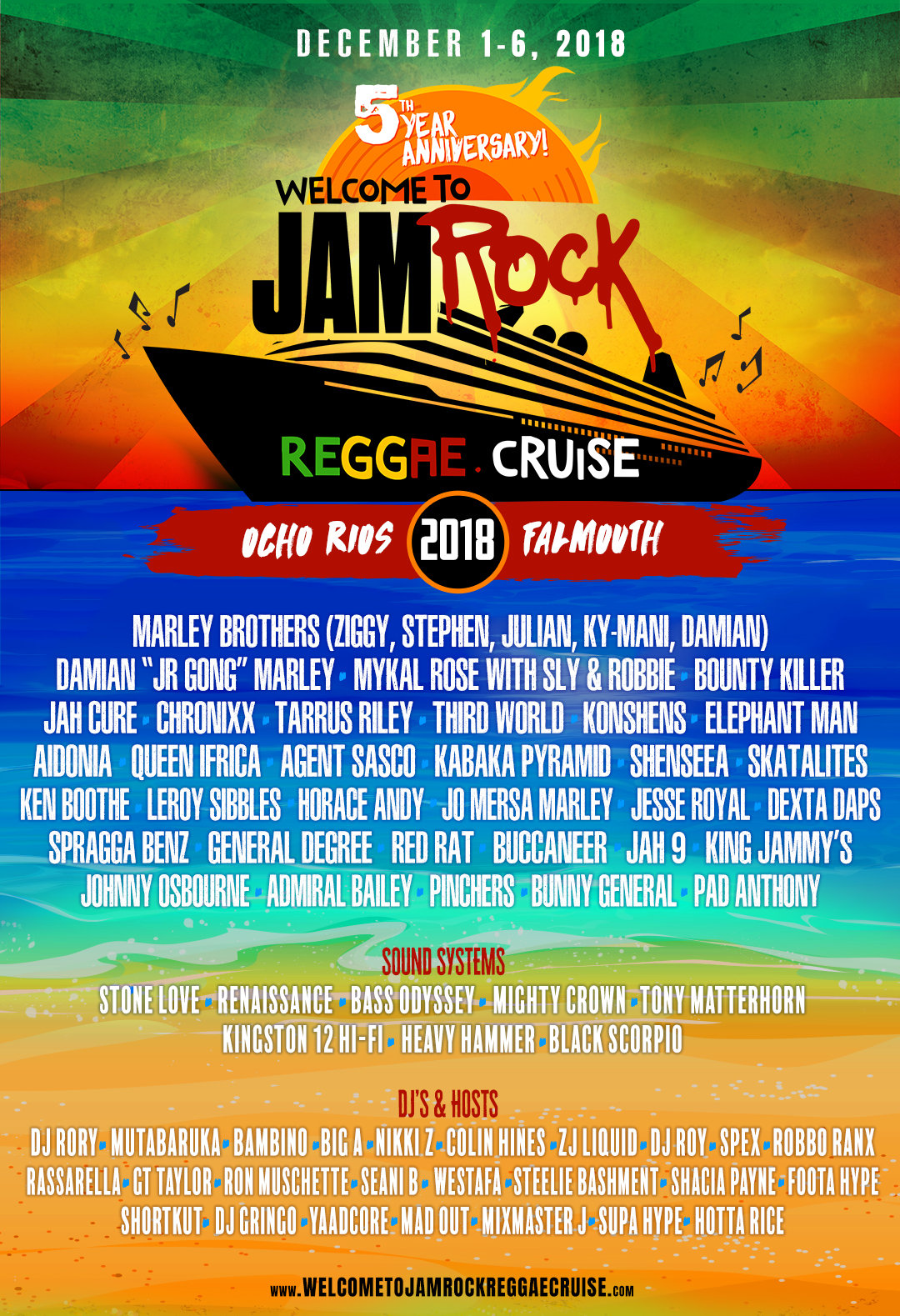 Hailed as one of the most authentic, intimate and international reggae experiences, Welcome To Jamrock Reggae Cruise will celebrate its fifth year on the high seas from December 1-6, 2018. The sold-out 5-day voyage aboard Royal Caribbean departs Ft. Lauderdale, FL with stops in Ocho Rios and Falmouth, Jamaica.

This monumental year will be packed with unforgettable moments. To celebrate this occasion, five of Bob Marley’s kin Ziggy, Stephen, Julian, Ky-Mani and Damian will unite on one stage for a rare performance.

Welcome To Jamrock Reggae Cruise (WTJRC) has become one of the most in-demand reggae gatherings in the world. Since its inception in 2014, every single cruise sells out almost a year in advance. Each year, fans spanning from over 40 countries all converge for their love of reggae music and Jamaican culture.

Founded by Damian “Jr. Gong” Marley, the Grammy-winning musician has made it his mission for the cruise to embody the island’s rich culture. The music, entertainment, food, fitness and wellness activities all give cruise-goers a slice of the Jamaica before they dock, from Ital Rastafarian cuisine to the celebrity football (soccer) tournaments to cult-classic films to the annual soundclash (in layman’s terms, a Jamaica-originated DJ battle), this is not the average cruise. It is the only place where fans can stay up until dawn to catch their favorite acts performing throughout the ship and join them the same morning on the pool deck for sunrise meditation with Nyabinghi drumming and chanting. After fully immersing into these pure organic experiences, the cruisers appreciate their arrival to Jamaica that much more.

END_OF_DOCUMENT_TOKEN_TO_BE_REPLACED

Stacey Dash Reveals Secret Vicodin Addiction And States: ‘I’m Not Racist. I Was Just Angry and it Benefited me’