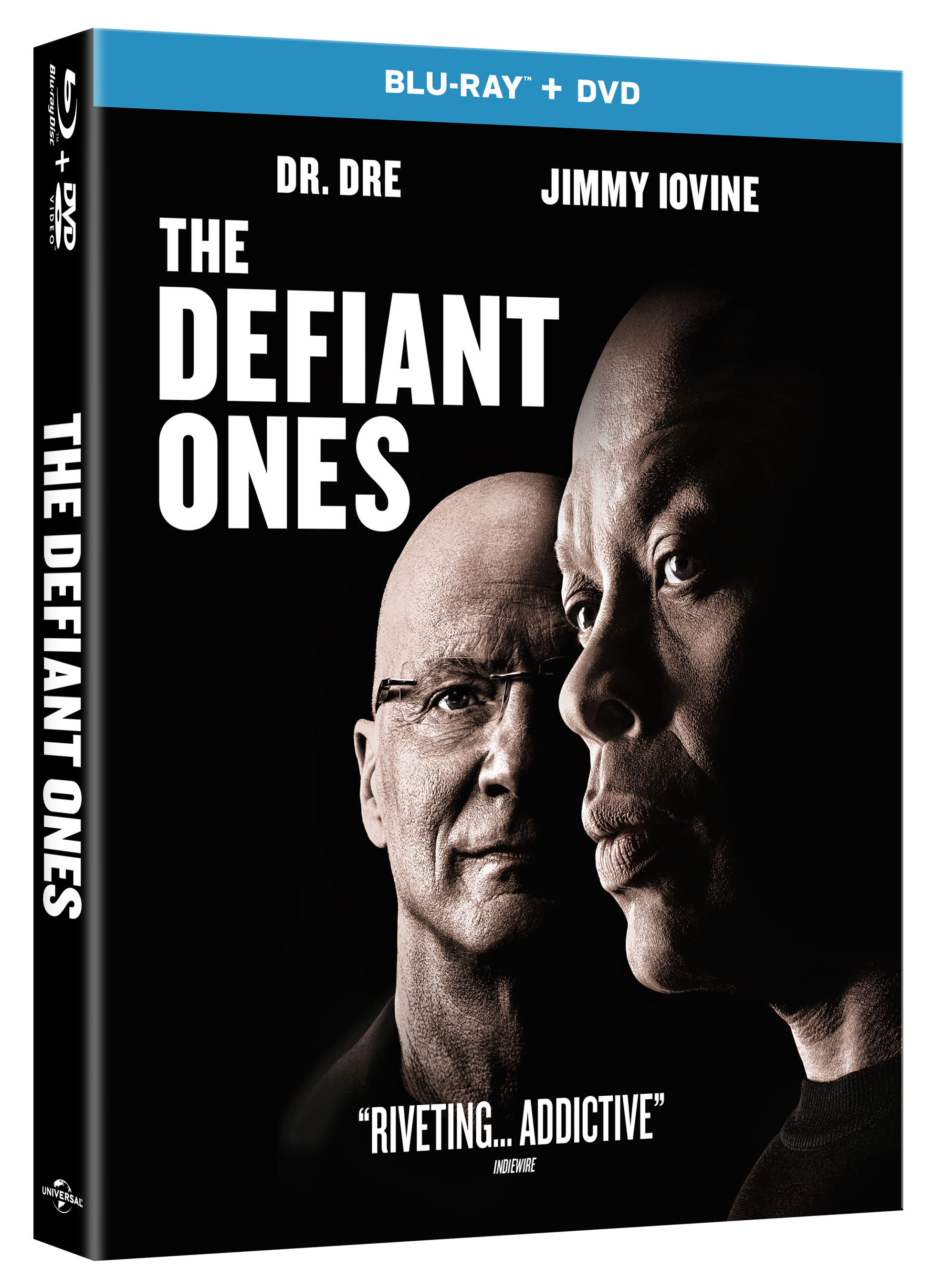 Bring home the highly anticipated four part documentary, The Defiant Ones, available on Digital on November 21, 2017 and on Blu-ray and DVD on November 28, 2017 from UPHE Content Group. Director Allen Hughes (Menace II Society, Dead Presidents) has made an unquestionably bold film about the unlikely but unbreakable bond of trust and friendship between Dr. Dre and Jimmy Iovine, two street-smart men from different worlds who have shaped many of the most exciting and extreme moments in recent pop culture.

Set amid many of the defining societal and cultural events of the past four decades, The Defiant Ones tells the stories of two men from different tough neighborhoods and their improbable partnership and surprising leading roles in a series of transformative events in contemporary culture. This revealing, compelling and often-gritty story takes place in recording studios, in humble homes, in criminal courts and in the highest corridors of corporate power.

Defiance is defined as “daring or bold resistance to authority or to any opposing force.” This unique and inspiring tale shows how decades of defiance and determination helped Jimmy Iovine and Dr. Dre build a few empires, make a series of American Dreams come true and transform two street kids into global forces to be reckoned with, here and now. The result is a master class in how to work your way up from the bottom to beyond your wildest dreams.