The NKSFB Sports Wealth Summit made its return to the sunny land of South Beach Miami, FL.

The purpose of the summit is to help steer athletes away from failing with their finances. The debut summit started last July in Aspen, Colorado and last month’s gathering was the inaugural winter event.

This wealth education and business networking event for professional athletes was done with the support of the business management firm NKSFB Sports.

Artists and business executives joined the financial education and empowerment forum for professional athletes on February 23- 25, 2022 at the famed Fontainebleau Hotel in Miami Beach, Florida. 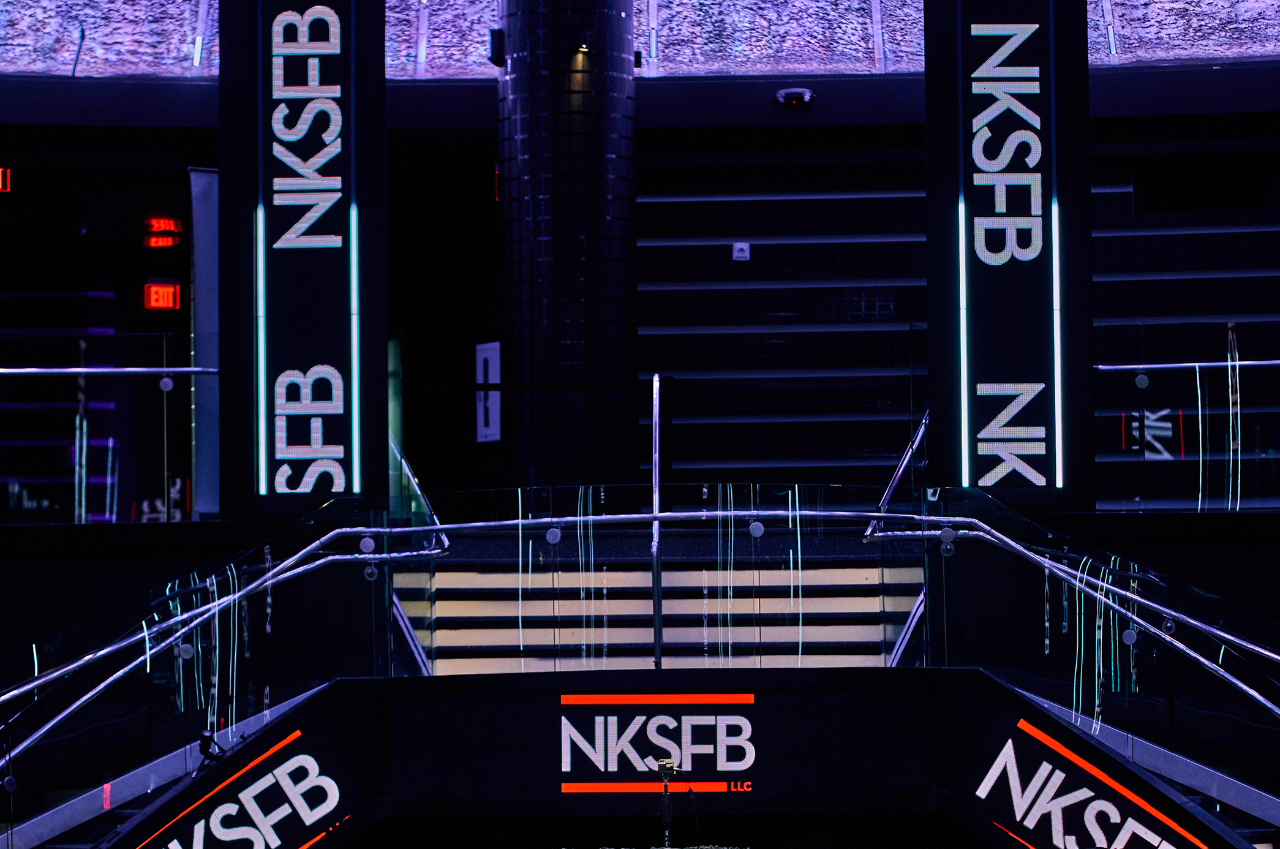 With a plethora of industry movers and shakers making their way to the summit, Craig Brown, the founder of the sports division of NKFSB, BET’s Kimberly Paige, LIV owner, and Groot Hospitality founder, Dave Grutman and Neeraj Gunsager, CEO of Byte welcomed attendees before the first discussion took place.

As they gave way to Perez Art Museum Miami owner Franklin Sirmans and conceptual artist, Sanford Biggers, the two men happily introduced the audience to the details of what fine art is. They also discussed how the virtues of investing and even the intricacies of art and the meaning behind certain concepts, can also have cultural benefits.

The purpose of mixing and mingling between professional athletes, business executives, entrepreneurs, was to share a wealth of information on how they should spend their money.

At evening’s end, having the opportunity to have conversations with a diverse array of people made for an enjoyable ride on luxury yachts provided for the comforts of the attendees. As the vessels floated down the Port of Miami made for a delightful end to an enlightening gathering.

The second day was one where a wealth of information was distributed by many speakers across several different spectrums. Through the course of the day, athletes were able to interact and hear from luminaries through topics and discussions that can affect people throughout their careers and some after their playing days are done.

To start the morning off, Jackson State University football coach and NFL Hall of Famer Deion Sanders briefly gave tips that resonated with the attendees of the NKSFB Sports Wealth Summit. The discussion centered around Sander’s ability to navigate through the collegiate athletic waters to then graduate to the professional level. While elevating through sports, having the chance to explore business opportunities that were done during his playing days and then the preparation for life after being a professional athlete. The success that he is experiencing now was from seeds that were planted years ago.

Sanders inspired attendees with the discussion he had with Adrian Muhammad, (Partner, Jackson Shah & Company) who was the event leader for the summit.

“Deion is not just a Hall of Famer or award-winning, Division I coach, said Muhammad. “He’s now an integral part of the story arc of our evolution. In many ways, he’s carrying a burden for what we believe will be a fundamental shift in collegiate athletics and the recognition of the HBCU’s as critical and compassionate centers for our collective advance.”

Subjects surrounded areas of expertise in the blockchain, cryptocurrency, and the NFT space. A case study based on the business path of LeBron James and even an opportunity for those who have an interest in investing in various areas. Private equity also came into play when it comes to knowing where to skillfully place one’s financial interests.

The last two featured speakers were representatives of Miami. Hip-Hop artist Rick Ro$$ and Miami Dolphin player Xavien Howard. The pair ended this particular session speaking about the virtues of entrepreneurship and how to navigate through the financial success that can be achieved through careful research and attention to detail. Ross expressing his need to impress women drove his entrepreneurial spirit to obtain and start businesses which will eventually create generational wealth for his family. From the virtues of having a circle of friends who will not live off of him but to create avenues of businesses through and with him to continue to grow Black businesses.

The interview between the NFL All-Pro and successful rapper left attendees with several things to think about.

Muhammad also added, “Xavien Howard is a brilliant young man. He has a sincere hunger to be just as successful off the field as the standout, All-Pro he’s already established himself on the field. We’re convinced you will hear and see more from him in the years to come. And Ro$$ being from Miami, was a natural. His entrepreneurial journey didn’t start in the classroom or boardroom. What he shared: the aspiration, the dogged determination, the attending fear and the resulting accomplishment were gems everyone should hear. How he reached the clarity that he could ‘accomplish anything he put his mind to’ and his need to now, in words, level up is a Master Class for everyone, hip hop artist, athlete or business school student. So yes, we were very grateful that these brothers took time out of their very busy lives to share so openly and authentically with the NKSFB Sports family.”

The final day was more of a relaxation and exercise of community-building between the attendees. With Paige leading the charge with the She’s Got Next Retreat amongst the wives, mothers, and significant others of the athletes in attendance. While that was going on, golf lessons were offered to the other attendees as they viewed a luxury car exhibit. A nice send-off for all involved to start the sunny weekend after gaining financial knowledge and meeting potential business partners and investors among the crowd.

With the summit being in the infant stages, Muhammad knows it can only get better as they continue learning what it will take to make it even more successful.

“We have to take a look at all that was accomplished and identify ways to both improve on the areas that could be better, as well as add the programmatic depth and dimension that are consistent with the goals of financial education, wealth preservation and growth. Equally, there’s a world of leaders that can add their brilliance, network and spirit to this effort. So building in systemic efficiencies and additional, value-added capacity are clear goals going forward. Indeed, there’s still much, much more that can and should be done. Prayerfully, we’ll get there…together.”

By bigced 34 mins ago