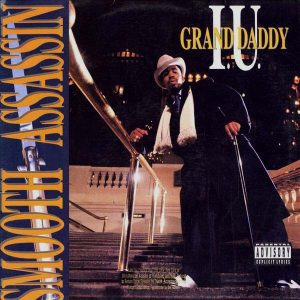 Hip-Hop pioneer Grandaddy I.U. is dead at the age of 54, according to TMZ.

GDIU’s long time friend, Pete Rock, reported to his followers that the Queens native quietly passed in his sleep. The official cause of death has not yet been released.

GDIU – born “Ayub Bey” – was signed to Cold Chillin’ Records alongside Big Daddy Kane, Kool G Rap, Roxanne Shanté, and Biz Markie in the late ’80s. The late Biz Markie was instrumental in getting I.U. signed after receiving his demo tape from a friend.

Throughout the golden age of hip-hop I.U. was active as an emcee, producer and media host. He released several hit singles throughout his career. Smooth Assassin, his 1990 debut album, produced two Billboard Rap Chart hits: “Something New” (#11), which sampled James & Bobby Purify‘s lone song, “I’m Your ,” and “Sugar Free” (#9).

In addition to I.U.’s ghostwriting and producing contributions, he collaborated with Das EFX, Heltah Skeltah, KRS-One, and Ice-T to name a few.