Markuann Smith knows exactly how it feels to persevere in the entertainment industry and create success for himself. You may see Forest Whitaker’s image when you think of Godfather of Harlem, but Smith is the one who helped bring the project to life.  The Industry Cosign got the chance to speak to one of the executive producers of the critically acclaimed Epix series now preparing for its second season.

You’ve been working in the entertainment industry for a number of years now, how did you become involved in the game?

I’ve been in the entertainment industry for about 25 years. I started when my older brother, who is a rapper from back in the days by the name of Father MC, got signed to Uptown/MCA records. It was owned by Andre Harrell. Sean Combs was my brother’s A&R. I started off as a roadie. A roadie basically did the shit no one else wanted to do. I carried coffins ‘1200 Turntables ” before they were Serato and DAT tapes. Tupac was a roadie for Digital Underground and Treach was a roadie for Queen Latifah. Those were my comrades. My first tour was with Candyman, Hi-Five, Troop, Salt N Pepa, 2nd II None, DJ Quick, AMG, Heavy D, EPMD, Tony Toni, Tone, etc.

When you first starting working in the industry, what did you think you’d have to do in order to be successful?

I was a person that didn’t have a Plan B. I believed if you had a Plan B, you were planning to fail. I looked up to my brother who used to work at Kentucky Fried Chicken. They used to call him the flour man, he used to tell everyone he was gonna be a rapper. We used to hop the train when we didn’t have money to go to the New Music Seminar handing out music. His work ethic was impeccable. So watching my brother inspired me. The talks with Tupac on tour, two young black men chasing our dream knowing we can do anything in life. If you dream it, you can achieve it.

You were around some notable folks in your beginning years. How did those experiences shape your business acumen?

From the day I was introduced to the game, I always remember what was told to me. This is 90% business!!! You have to learn the business of entertainment whether you’re an actor, a singer, a filmmaker or you juggle balls in a circus. If you want to learn, go to Barnes and Noble. I live in there. Get Filmmaking for Dummies, Screenwriting for Dummies, Acting 101. All You Need to Know About the Music Business by Donald S. Passman. Live it, breathe it, let this be your bible.

As an actor, what aspects of your executive career did you have to rely on?

As an actor, I had to separate creative from business. Meaning getting into my part. I’m a method actor, I’ve studied The Meisner technique, so getting in depth of how I’m going to portray my character, reading lines with Forest Whitaker at times. Then I put on the executive producer hat, research and formulating storylines and helping with the writers in the writers’ room from skeleton drafts to studio drafts to research, pulling Micro Film, making sure authenticity in narratives were correct. Then it’s the business aspect making sure you are intact with the IP you have brought to the table. Phone calls with casting network executives, marketing, calls to the studio with Swizz Beatz as he navigated the writing rooms with the artist to get the sound that represented the project. 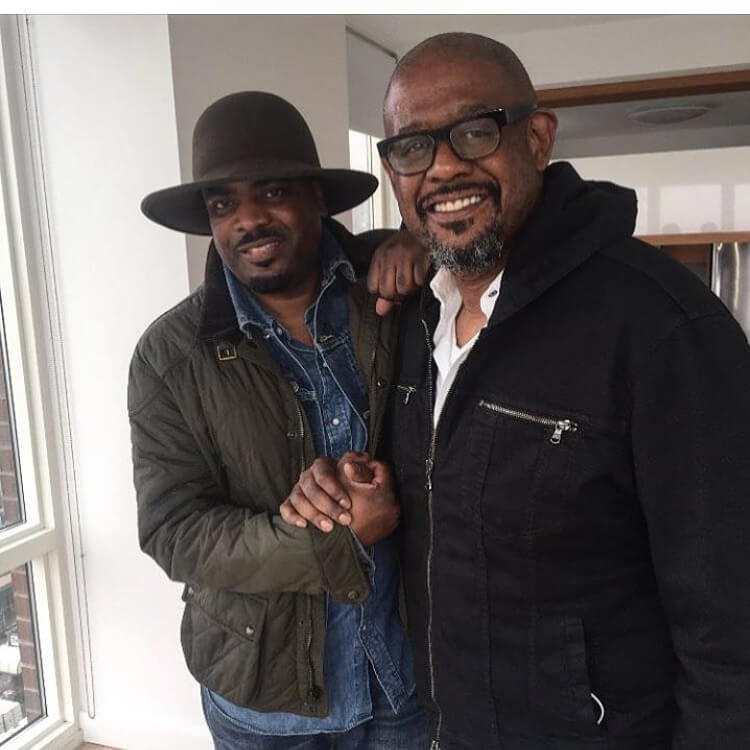 You’re actually the creator, executive producer, and an actor in Godfather of Harlem. How did the whole thing happen?

Well, this project is 18 years of passion/tenacity/perseverance. It started in the year 2000 when I used to go visit a young lady by the name of Margaret Johnson who is played by Demi Singleton. Margaret used to tell me these magical stories of Harlem in the 1960s. How she used to walk down Lenox Ave and hear Sam Cooke‘s voice coming out of a transistor radio or seeing James Brown‘s name on the APOLLO marquee or Nat King Cole getting a haircut at Sugar Ray Robinson’s barbershop. Margaret also used to tell me stories of her grandfather Ellsworth Raymond ‘Bumpy’ Johnson. Bumpy wasn’t just a gangster, he read Shakespeare, he read Nietzsche. Legend has it that he beat Bobby Fisher in chess. He was the only African American that was able to sit down with the mob, from Lucky Luciano, Myer Lansky, Bugsy Siegel, Vito Genovese, Frank Costello. He was the liaison between the mob and Harlem, he was a numbers runner, heroin dealer. He went up against Dutch Schultz, but also put people through school and paid rents and bought school supplies and food. Fun fact, Bumpy wanted to become a lawyer. The bursar said they didn’t give out financial aid to colored people, he told the bursar “you will regret what you said.” Bumpy walked amongst wolves, swam with sharks, dined with royalty. Bumpy had an affair with singer Lena Horne, socialites Amy Vanderbilt, Helen Lawson, played chess every Sunday with Malcolm X. So I made a promise to her that I would get the real story of her grandfather told.

I met my partner James Acheson through my uncle, Bernard Alexander because Bernard worked on American Gangsta with Antoine Fuqua. He called him up one day and I pitched it to Jim and he was sold.

Then I started developing it. After research, we got it over to Joanne Collana, Forest Whitaker’s manager, who presented it to him and he said that he would love to produce it. We still had to find a writer, so one night, I was up on IMDB looking at showrunner/writers on my favorite mob movies and I came across Chris Brancato. Fast forward: Jim said, “I know Chris, he lives right across the street from me. He comes over for Sunday dinner a lot. The stars started to align and also, fun fact, Chris Brancato also created Narcos and Hoodlum. Laurence Fishburne played Bumpy.

What advice would you give to anyone looking to thrive in this business?

I will tell any future filmmaker, you can chase your pension or passion. Everyone wants success but are you ready to eat ramen noodles? Are you willing to take buddy passes knowing that you have a meeting at Netflix at 9 on Monday? So don’t look at my breakthrough, look at what I’ve been through. Protect your dreams, never give up, you only live once. Life is too short, there are no bunk beds in the graveyard. Find your pursuit of happiness.

Would you call yourself an entrepreneur?

I label myself as a curator, someone who didn’t want to live behind a cubicle. Wake up at 7 in the morning to go to work, get a lunch break at 12. If you’re not back by 12:30 your boss is calling you asking where are you. You have to ask to go on a smoke break, etc. Then Sunday night, you are dreading Monday morning. I worked at BET for 16 years. I dedicated myself but wasn’t happy, even though I was creating projects while there. If you keep working for someone, all you are doing is making their dreams come true. When I got let go, that was my motivation. I was given $4K in a package and basically, “good luck in your future endeavors.” So I had to learn how to swim real fast against the tide because $4K couldn’t get me through the month. I have a testimony, I paid my rent with credit cards, American Express, etc. I didn’t have food in my fridge. During those times, you realize who your friends are, who your family is, and it brings you closer to GOD, trust me. That cliché light at the end of the tunnel, strike your own match before the end of the tunnel. I look up to people like Samuel Jackson who was under substance abuse and didn’t get his first leading role until later on in life. I look up to Charles Dutton, who went from jail to Yale after catching a manslaughter charge to becoming a renowned director and actor. I look up to Eric Bishop, you may know him as Jamie Foxx, who came to L.A. with a dream, being homeless, living in a car, chasing his dreams. If you dream it you can achieve it.

You’ve seen 20 years in the game thus far, how many more do you anticipate being involved in the entertainment business?

How many more years? I’m just getting started. I knocked on opportunity’s door all these years and he didn’t let me in so I went to Home Depot and bought my own lumber and built my own door. I am a creator until God closes my eyes.