— Mildred Muhammad, Ex-Wife Of “DC Sniper,” Joins The Cause of L.M. Foundation In A Panel Discussion with Miki Howard on Domestic Violence — 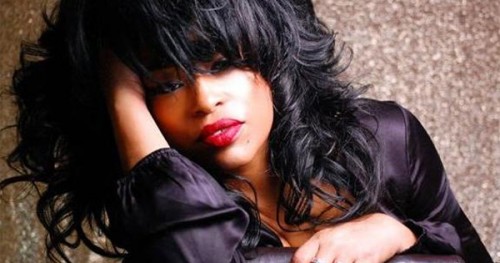 Nationwide (BlackNews.com) — Grammy Nominated Miki Howard is teaming up with L.M. Foundation to headline The “Aspiring 2B A Better Me(TM) Benefit Event Series.” The two day event starts Friday, October 20, 2017, in Baltimore, MD at Morgan State University’s Murphy’s Fine Arts Theater. All are invited to pick up where the Unsung television movie left off and have an intimate conversation with Miki Howard.

The panel discussion will also feature Mildred Muhammad, widely recognized as the ex-wife of the “DC Sniper,” and domestic violence survivor-advocate, as its Keynote Speaker. She is celebrated as an author and Award-Winning Global Speaker. Muhammad proudly serves as a Certified Consultant to The Office On Victims Of Crime and The U.S. Department of State. She is, as well, a CNN Contributor.

Proceeds from the “Aspiring 2B A Better Me(TM) Concert Series” will be used to open L.M. Foundations Aspiration House(TM) which will serve as a transitional home and safe-haven for women and children in Prince George’s County. It will have the capacity to house up to 25 female survivors of domestic violence and their families.

The organization’s founder, Pamela Price says, “We aim to help them rebuild their lives in a safe environment; becoming their foundation as they become A Better Me.”

In 2016, L.M. Foundation provided clothing and toiletries to local women shelters and helped low income families pay for utilities. In collaboration with a faith-based organization, it’s “Back To School Drive” was a success thanks to its sponsor, a local Target, and donors. Price is now targeting families in crisis and building county relationships, within Prince George’s County, in preparation for the opening of Aspiration House(TM) in 2017.

For a listing of upcoming concerts and to learn more, visit www.thelmfoundation.org and https://youtu.be/BZOOjSJPIpM. General admission and student tickets are available at the aforementioned website and Eventbrite.

ABOUT L.M. FOUNDATION:
Life Ministry (L.M.) Foundation, a 501(c)(3), believes it can help build a new foundation in a person’s life while it ministers to the needs of under-served communities in the Washington DC Metro Area. The need is met by focusing on community-based efforts including education, awareness, and food aid. Transition for survivors of domestic violence will include emergency housing, support that aids in healing, services, food, and clothing. It’s mission is simple, but robust: to help people in need; to make a difference.

END_OF_DOCUMENT_TOKEN_TO_BE_REPLACED

By bigced 2 mins ago