IF YOU CAN’T VISIT THE NATIONAL MUSEUM OF AFRICAN AMERICAN HISTORY AND CULTURE, GO TO SOULOFAMERICA.COM TO FIND THE COOLEST MUSEUMS IN YOUR OWN BACK YARD 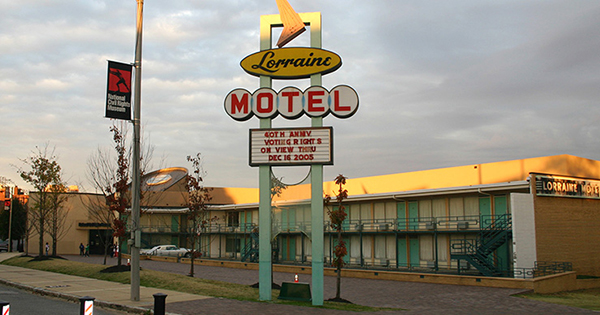 Torrance, CA (BlackNews.com) — As we celebrate the National Museum of African American History and Culture, award-winning SoulOfAmerica.com is spotlighting other outstanding museums that document the black experience in America. Premiere African American museums closer to home can be the next best thing.

“The National Museum of African American History and Culture is magnificent, but many of us don’t have the money or the vacation time to visit Washington, D.C.,” said Thomas Dorsey, Founder and CEO of SoulOfAmerica.com. “Luckily, almost two dozen provocative museums across the country can immerse you in African American history and culture.” Dorsey’s visited all but a few.

#1 – The National Civil Rights Museum, Memphis, Tenn.:
The museum complex includes the Lorraine Motel, where Martin Luther King, Jr. was assassinated on April 4, 1968. As part of the moving “Culture of Resistance” exhibit, the museum displays the undisturbed rooms of 306 and 307, which were occupied by Dr. King and his colleagues in his final hours. Also feature is the original Walgreen’s lunch counter from the first national sit-in on February 1, 1960 in Greensboro, North Carolina

“Purchased Lives: The American Slave Trade from 1808 to 1865” illustrates the cruel and complex institution of slavery. Through images, ship manifests, oral history recordings and interactive displays, the exhibit depicts the travesty of an economic system that ravaged more than two million lives.

#2 – The DuSable Museum of African American History; Chicago, Ill.:
The museum’s “Freedom, Resistance and Journey toward Equality” exhibit displays artifacts, art, videos and images representing two centuries of black history. It includes a reproduction of the hold of a slave ship, a bureau that belonged to celebrated anti-lynching activist Ida B. Wells, a replica of a Pullman Porter sleeping car and the Chicago Black Panther Office front door, emblazoned with black power logos. Other galleries brim with art from such noted artists as Romare Bearden and Henry O’Tanner.

Learn about other black museums on their site, including the Buffalo Soldiers National Museum in Houston, the Museum of the African Diaspora in San Francisco and the National Great Blacks in Wax Museum in Baltimore (the most visited of all black history and culture museums).

And check out SoulOfAmerica.com’s overview page for the National Museum of African American History and Culture.

About SoulOfAmerica.com
SoulOfAmerica.com is the web’s most curated, comprehensive and trusted site for black travel, offering more than 30,000 pages of content and 26,000 photos. With travel narratives of the black history and culture around the globe, the website is a great resource for students, educators and researchers. SoulofAmerica.com was founded in 1997.