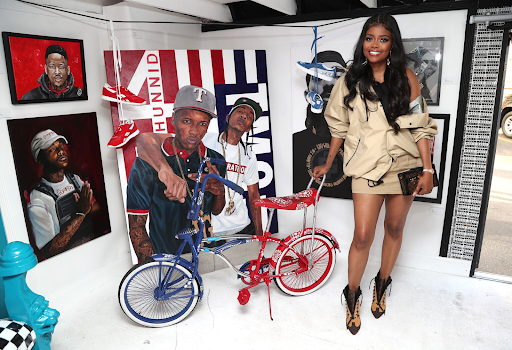 As an ode to Trap culture, the Lil Trap House Exhibition, featured a collection of one-of-a-kind pieces in honor of the most influential Trap artists such as T.I., Nipsey Hussle, YG, Pusha-T, Young Jeezy, Gucci Mane, Future, Rick Ross, Migos, Young Thug, Cardi B, Nicki Minaj, and many more.

First, exhibitioners start in Grandma’s Living Room with guns, drugs, and money on the coffee table to ultimately symbolize protection and security to the hustlers while visiting. Viewers then step into Gucci Mane’s Lil Trap Kitchen, infamously mentioned in many of his songs with key items like scales, Pyrex measuring cups on the stove, and Atlanta fast food chain J.R. Crickets on the counter. Up the wall, many viewers will get a first-look at Pusha-T Interactive Barcode with the classic My Name Is My Name album cover and opposite of this will be Migos City “The Nawf,” a scaled down model of their Atlanta neighborhood and Young Thug’s “Snake Exhibit. As art-goers look around they will be filled with nostalgia as they see a 3D rendition of The Remake of Future’s Dirty Sprite 2 cover, trap icon Young Jeezy’s Brick Wall, Miami’s biggest boss Rick Ross’ Mastermind portrait, a remake of his 2014 album, and the legendary T.I. Rubberband Man installation, which if you take a closer look shows the icon’s entire piece constructed by rubber bands. Before exiting fans are reminded to bow down to the powerful women in the Hip Hop industry with Cardi B and Nicki Minaj’s Throne, and stare in awe at the YG and late great Nipsey Hussle West Coast Tribute symbolizing unity in music and gang culture in Los Angeles. 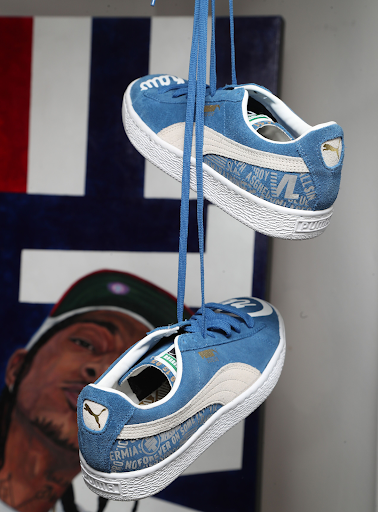 The festivities don’t stop there, as part of a collaboration with Delicious Pizza on Sunset Blvd, all in attendance received pizza and merchandise in Delicious Pizza boxes filled with Trap Music Museum and Lil Trap House shirts. 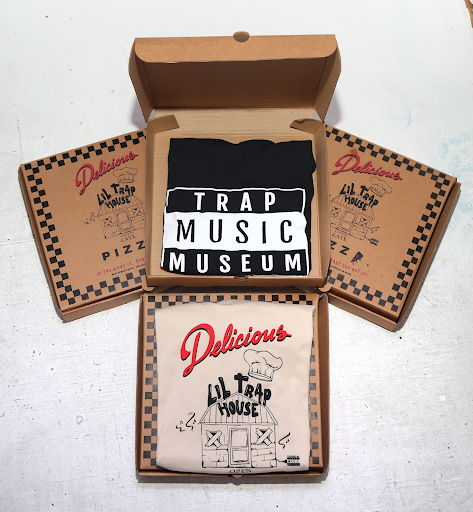 The exhibition will be open to the public for the remainder of July and will allow patrons to fully experience the visual journey of art, culture and creativity as a part of the interactive installation. The Lil Trap House exhibition will continue touring to music festivals and college campuses around the country.

ABOUT TRAP MUSIC MUSEUM AND ESCAPE ROOM: Founded by multi-platinum artist and blockbuster star T.I. in September 2018, The Trap Music Museum and escape room has become one of Atlanta’s most popular tourist attractions with over 6,000 guests each weekend. The museum is centered around the compelling ‘trap music’ culture and includes one of a kind art installations honoring some of hip-hop’s most iconic and influential trap music stars. Participants are given thirty minutes to crack the codes of the streets and channel their inner trap king and queen to escape the trap room.